Ariel (Hebrew: אריאל, Ari'el, Arael or Ariael is an archangel found primarily in Judeo-Christian mysticism and Apocrypha. Generally presented as an authority over the Earth and it's elements, Ariel has also been called an angel of healing, wrath & creation. Ariel is generally presented as an angel with authority over the elements, or else the Earth itself. In Thomas Heywood, Hierarchy of the Blessed Angels Ariel is called both a prince who rules the waters and "Earth's great Lord." In several occult writings, Ariel is mentioned with other elemental titles such as the "3rd archon of the winds," "spirit of air," "angel of the waters of the Earth" and "wielder of fire." In mysticism, especially modern, Ariel is usually conjured as a governing angel with dominion over the Earth, creative forces, the North, elemental spirits, and beasts.

Ariel is family of laundry detergents made by Procter & Gamble. Ariel is available in powder, tablet, liquid and liquitab form. 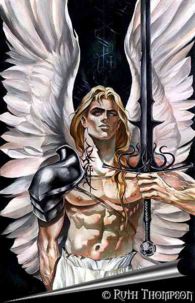 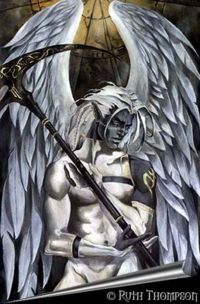