Draugluin is a fictional character in J. R. R. Tolkien's legendarium. He appears in The Silmarillion as the first werewolf.

Bred from the wolves and inhabited with an evil spirit sent by Morgoth himself, Draugluin was the sire of all werewolves of Beleriand, and lived with his master Sauron in Tol-in-Gaurhoth, the former watchtower of Finrod Felagund.

Draugluin was slain by the hound Huan during the Quest for the Silmaril, and Beren and Lúthien used his pelt to sneak into Angband.

Draugluin was the sire of Carcharoth and many other werewolves. It is probable the Wargs of the Third Age were descended from him, as these wolves could speak, suggesting they had fëar.

An earlier form of the name was Drauglir. While Draugluin translates as "blue wolf" in Sindarin, a closer translation is believed to be "pale wolf." 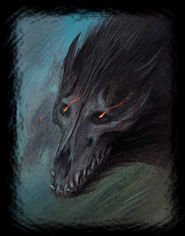 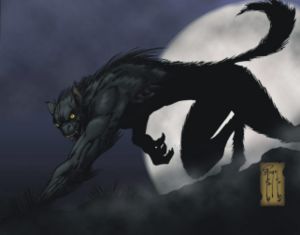